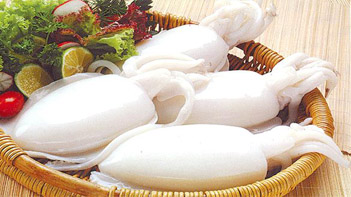 27 May VIETNAM CEPHALOPOD SALES TO THAILAND UP SLIGHTLY

According to the statistics of Vietnam Customs, Vietnam cephalopod exports to Thailand in the first two months of this year totaled US$5.8 million, an increase of 0.2% over the same period last year. Thailand is the largest importer of cephalopod in Asean. Particularly, in February 2017, Vietnam’s sales reached US$2.8 million, up 118.4% compared with February 2016.

In Jan-Feb 2017, Vietnam did not export live, fresh, chilled (HS 030741) squid; live, fresh, chilled octopus (HS030751) and frozen octopus (HS 030759) while Vietnam ranked the first in supplying frozen squid (HS 030749) to Thailand. In the first two months of this year, Vietnam accounted for 84% of the total import value of cephalopod into Thailand while the same period in 2016, Vietnam accounted for only 17%. Exports of frozen squid of China accounted for only 13% of the total this year while last year, China occupied 46. Value added cephalopod exported to Thailand from Vietnam is not much.